The Color of the Sky is the Shape of the Heart by Chesil and translated by Takami Nieda seems like a coming-of-age story. It some ways it is. However, more dominantly, it is a story about the anger and trauma of a young Zainichi Korean girl named Ginny Park. The term “Zainichi Korean” refers to the Koreans and their descendants who originally came to Japan before 1945. Their history is wrought with discrimination and hardships – many of which continue to this day.

This is important to note when reading this book. Ginny’s hardships and the trauma she faces are not unique. Rather, hers is a story of many who are often silenced. Through the book, readers are able to catch a glimpse of what that life may be like. Alternatively, maybe you can relate to Ginny’s struggles. In either case, the impact of The Color of the Sky is the Shape of the Heart is undeniable.

The story starts in Oregon in 2003. Ginny Park is seventeen years old and about to get expelled yet again. Even though she lives with a wonderful and supportive host mother, Stephanie, she can’t seem to open up and continues to struggle. Even so, a note of Stephanie’s she finds that reads, The sky is about to fall. Where do you go?, continues to nag at her mind.

These thoughts and her despair lead her on a journey to find herself and her home. On this journey, Ginny reflects on her childhood in Japan and what prompted her first to run to Hawaii and then Oregon in the first place. As truth after truth is revealed, a clear image of the ongoing battle she has endured emerges. Issues of race and nationality are at the forefront and it’s a battle that Ginny has been fighting alone her whole life.

While the content of The Color of the Sky is the Shape of the Heart introduces extremely heavy themes, the presentation makes it very approachable. Whether intentional or not, the effect is astounding. The story first begins in Ginny’s present, but quickly reverts back to her past experiences as she reflects on her life. Some chapters last mere paragraphs. This makes the book easy to pick up and easy to put down – important when reading such heavy content.

It also makes the content easier to understand. Each memory is contained within its own chapter and focuses pretty closely on that topic. That memory then triggers another and so on. Not only easy, this is simply how most memories work. We think of one thing and that leads us to think of another. It makes Ginny feel all the more real – which adds even more impact to her narrative.

The translation of this book was undoubtedly challenging and Takami Nieda has absolutely shown their prowess in this work. The content is dark, but somehow casual in presentation. Maintaining such a balance is something only a skilled writer and translator could achieve. The Color of the Sky is the Shape of the Heart reads fluently and without stiff awkwardness. Nieda nailed it.

This becomes even clearer when you realize there are Korean phrases and words used in the novel. Not only did Nieda have to tackle translating such a complex topic into English, there is also Korean word play. This only adds an extra layer of difficulty into the translation process. It’s clear the Korean is distinguishable in the original Japanese text, so an equivalent had to be found for the English too. That distinction was also in this translation – flawlessly so.

Note: While the publisher sent me this book for review, all opinions expressed within this review are my own. 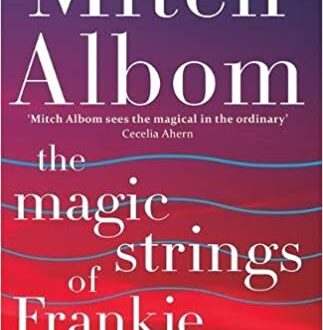 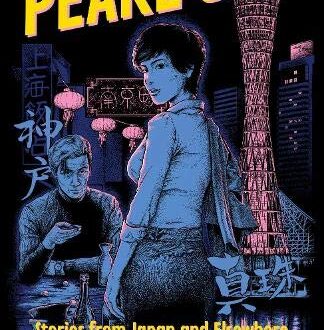 Pearl City: Stories from Japan and Elsewhere by Simon Rowe